Last week, the City Council of Parkersburg, WV passed an unconstitutional law regarding prophecy and divination and you can read my initial reaction about it here.

And you can believe that the city ain't doing shit about all the churches within city limits using the Bible today, a book that contains prophecy (Revelations), even though the Bible should also be banned under the new law (since it is a tool of divination).

So I decided to commit an act of bibliomancy today, using the King James Version of the Holy Bible. This reading is for the members of Parkersburg's City Council. 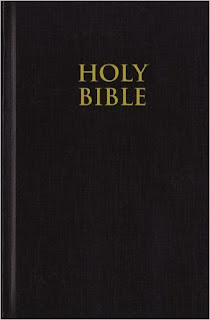 
But we are all as an unclean thing, and all our righteousnesses are as filthy rags; and we all do fade as a leaf; and our iniquities, like the wind, have taken us away.

And, because I actually despise the above book (to date, it remains the book I have thrown most at the wall), I'm committing a second act of bibliomancy with the poetic works of the Great Bard, The Sonnets and Other Poems by William Shakespeare, for all those who, like me, don't condone Christianity but would likely a daily verse to meditate over. 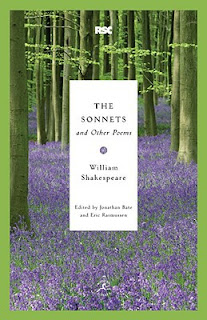 'Tis better to be vile than vile esteemed
When not to be receives reproach of being,
And the just pleasure lost, which is so deemed
Not by our feeling but by others' seeing.
For why should others' false adulterate eyes
Give salutation to my sportive blood?
Or on my frailties why are frailer spies,
Which in their wills count bad what I think good?
No, I am that I am, and they that level
At my abuses reckon up their own.
I may be straight, though they themselves be bevel;
By their rank thoughts my deeds must not be shown,
Unless this general evil they maintain:
All men are bad and in their badness reign.

Feel free to reach out and tell the unconstitutional hypocrites your thoughts as well: City Council of Parkersburg.