I haven't been around much. I'm on a new medicine, an attempt to treat both my sleep issues and my migraines.

The good news:
I'm sleeping better. No insomnia. No weird dreams, no hypnogogic or hypnopompic hallucinations. No weird jerking that may or may not be cataplexy (I can't sleep through a sleep study so the doctors can't diagnose anything). Panic attacks are down about 75%. Migraines are technically down (see below).

The bad news:
I'm sleeping. A lot. I'm averaging about 9-hours of wakefulness per day and those hours aren't consecutive. My sleep schedule is screwed up, with me falling asleep at different times every day. I'm behind on everything (fortunately, the medicine makes me not give a fuck so the stress hasn't hit yet). This medicine isn't playing well with my depression. I'm not suicidal but I'm having problems finding joy (emotionally, I'd say I'm numb). While I'm not angry, I'm irritable. Probably because it feels like my brain has been replaced with cotton. A constant throbbing headache accompanies my waking hours but it's not a migraine and I'm still functional, as long as thought isn't required. I can't concentrate on anything for long periods of time. I've lost my appetite and dealt with iron-anemia during my last menstrual cycle. And the medicine hasn't done diddly for menstrual migraines.

Some of this could be sleep debt, which is why my doctor implored me to give this medicine a solid two months. That period ends at the end of this month and we'll see what happens at my next appointment.

I've been hoping that some of these issues (like the throbbing brain-cotton, concentration-issues, and apathy) would disappear as I recovered from sleep debt but I'm starting to wonder how long that will take or if it will happen at all.

I've already said this but I'm behind on everything. I have a few requests for read-for-reviews sitting in my inbox. I don't want to decline but, at this time in my life, I'm not sure I'm competent for the task. So I've saved the requests; I will respond as soon as my head is functioning again (if the request is time-sensitive, I apologize; if not, thank you for your patience).

I've been using this time to re-read some old favorites. I'm currently working through Robin Hobb's Realms of the Elderlings, a series I was addicted to back in the days of high school. Her release dates were like Christmas - I even missed school for them. And the day after release dates....

I had a cool high school Vice Principal (RIP Herb Lord) who recommended Hobb to me.

Mr. Lord also helped me work my way through Tolkien when I was 10-years old. I almost gave up on LoTR because I hated the female characters. I complained that I was promised a shield-maiden, where was she? Mr. Lord encouraged me to keep at it until I reached Eowyn kicking the ass of the Nazgul.

Mr. Lord is also the person who helped me work through Shakespeare and Jules Verne in my 4th, 5th, and 6th grade years. He tried to get me into Melville's Moby Dick (but that book, along with Verne's 20,000 Leagues Under the Sea, gives me nightmares).


(Note: Both book-titles in the previous paragraph are linked to free copies available from Project Gutenberg).

And, for really special release dates (like Hobb's books), Mr. Lord helped me weasel out of my classes so I could curl up in a hall-window across from the school-gymnasium and read ALL DAY. He said that it was good for other students to see someone enjoying a book, that it was the best way to encourage reading among the student body.

Hobb is who introduced me to GRRM's A Song of Fire and Ice - I picked up his work based on a recommendation from a guy who worked the local bookstore and swore that GRRM was the "fix" for those (impatiently) waiting for Hobb's next Farseer book.

I also read these series to see me through those times:

First North Americans/Forgotten Past by the Gears


Those are a few of the good memories I have from a really hard time in my life (I was sick but no one would acknowledge the illness; the doctor's kept writing off my endo symptoms as "psychiatric issues" without doing any tests to determine a physical cause of pain). After high school, my health deteriorated to the point that I couldn't read. I couldn't see through the pain as I dealt with ovarian cysts, endometriosis, a bad surgeon, laparascopic ablation and LUNA (laparascopic uterine nerve ablation), quick nerve regeneration in healing/burned tissue, adhesions and frozen pelvis.

A few years later, after surgery with Dr. Sinervo, I got sucked back into Pratchett's Discworld and played catch-up with Stephen King until, a few more years later, I received a free-for-review, the very first of Hobb's Farseer books, Assassin's Apprentice.

Time for a re-read and catching up. So that's what I'm working on right now. I don't know how long it will take me to recover from this medicine so please be patient with me. Life is throwing me another curve ball and I have to figure out how to adjust. 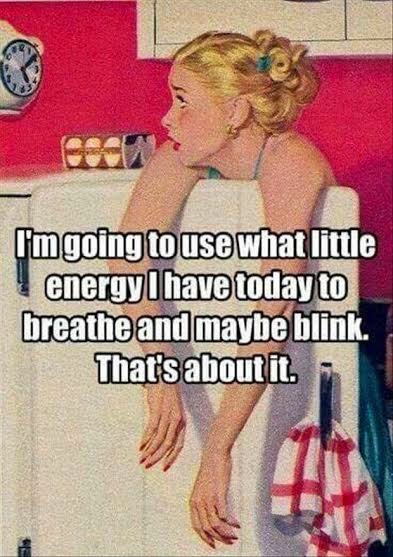