A Density of Souls

A Density of Souls by Christopher Rice is available at Amazon, Barnes and Noble, and BooksAMillion. 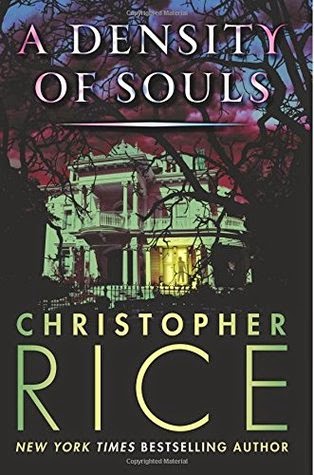 Meredith, Brandon, Greg, and Stephen quickly discover the fragile boundaries between friendship and betrayal as they enter high school and form new alliances. Brandon and Greg gain popularity as football jocks and Meredith joins the bulimic in-crowd, while Stephen becomes the target of homophobia in a school that viciously mocks him. Then two violent deaths disrupt the core of what they once shared.

Five years later, the friends are drawn back together as new facts about their mutual history are revealed, and what was held to be a tragic accident is discovered to be murder. As the true story emerges, other secrets begin to unravel and the casual cruelties of high school develop into acts of violence that threaten an entire city.

A Density of Souls is a stunning debut novel that lays bare the darker side of the teenage experience in modern-day America.

A Density of Souls by Christopher Rice
My rating: 4 of 5 stars

In the afterward, Rice says that he hates the prose of this book. I disagree.

The book starts off like a southern-gothic novel, paying a lot of attention to the surroundings and foreshadowing that secrets are hidden in a fictional version of New Orleans. But, when the characters step on scene, I'm reminded of haiku, which is supposed to create an image while leaving each reader responsible for bringing the emotions to the piece. Rice gives some pretty lurid details but we only get the barest glimpse at the character's emotional response; we see what they do rather than what they feel. The readers are expected to fill in the emotional blanks. I really liked this element of the book.

My problem with the story was keeping track of characters. First, there's many. I'm an introvert and my world is much smaller than the socialites found in this book. It takes a lot of effort for me to keep track of that many characters. Then, secondly, it's easy to confuse some of the characters because of similarities in names: Jeremy and Jordan; Meredith and Monica.

The drama, combined with the foreshadowing, kept me coming back to see if what I guessed would happen would happen (it did but in a satisfying way that made me feel socially smarter than I actually am).

I've read many books by Anne Rice but hadn't read her son before I received a free copy of this book in exchange for a review. I'm glad for the introduction and look forward to reading more of Christopher Rice's work.