The only way I shoot animals...

...is from behind a camera lens (the exception being two-legged hairless primates).

I think this bird is a Common Grackle. 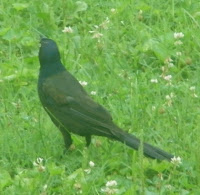 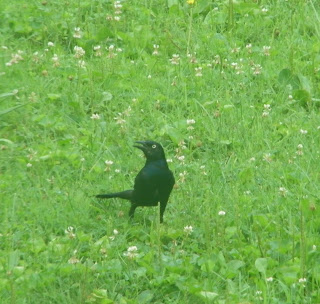 One  lives under the roof of one of the porches. The porch is inside the dog kennel so it's used several times a day. The female has been here as long as we have. She's pretty cool and doesn't seem to mind us. This year, her mate left early but the mate she had last year stuck around all spring. They had two clutches of eggs. He was annoying as hell, complaining every time we used the porch.

But the female is cool with me sitting on the steps, watching her from a few feet away. She hunts up a lot of insects and she's pretty good about keeping her babies quiet. As far as mother's go, she's a damn fine one.


I love this spot in the back yard. 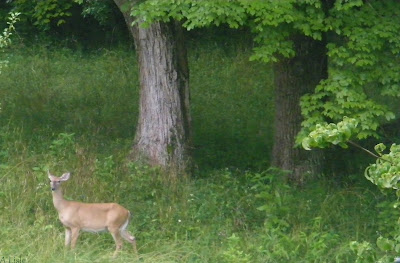 I dispose of produce kitchen-scraps in this area - it's right across the creek behind the house - and the white-tailed deer know it. This girl also knows my routine - I usually dump scraps in the evenings and I frequently hear her huffing and puffing up in the tree line. She comes down once I walk back to the house; she likes first pick, before the 'coons and skunks come out to play. I've been tossing food scraps in this spot for five years now -with the intentions of starting a cold compost pile- but the animals eat everything before it can decompose (I'm not complaining - it keeps them out of the garbage). 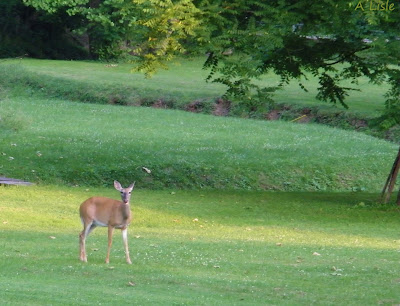 These photos were taken closer to the house. She comes right up to the apple tree by the dog kennel, even with Dottie barking hysterically - this doe knows they can't escape the kennel. She's not even perturbed about me, as long as I don't move suddenly. 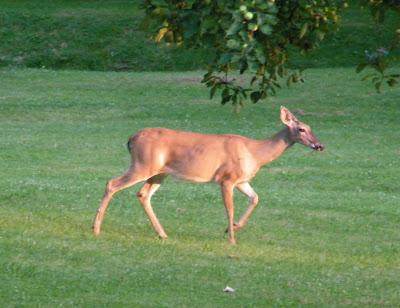 Since the apples have started to fall, she's been hanging in the backyard all evening, almost every day. I don't allow hunting on my property (the exception being the hunting of two-legged primates, particularly those armed with guns during hunting season) so I hope she decides to stay once the weather turns. 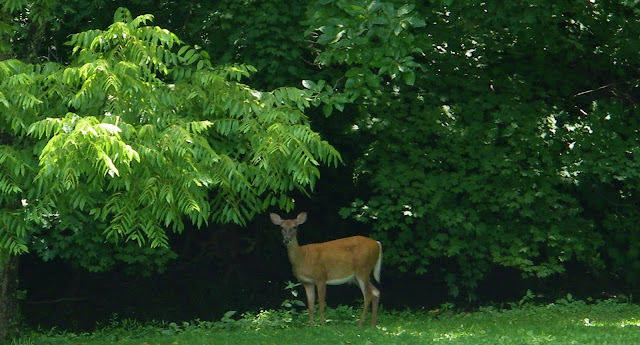