Martin's In Your Dreams

I finished reading Amy Martin's book, In Your Dreams, which is the first book in a series of the same name. 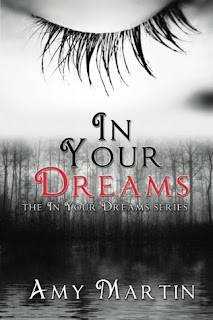 Sixteen-year-old Zara "Zip" McKee lives for three things: basketball, books, and bailing out of tiny Titusville, Illinois, where the junior high and high school are in the same building and everyone's known everyone else since birth. But when Kieran Lanier moves to town and passes out on her desk on his first day at school, Zip's life gets complicated in a way she never dreamed.

Kieran has narcolepsy, and although he sometimes struggles to stay awake, he has no trouble capturing Zip's heart and trusting her with his most guarded secret--he sees bits and pieces of the future in his dreams.

But just when Zip thinks that maybe she can handle having a boyfriend who sees things before they happen, her budding relationship with Kieran gets a jolt when Kieran's parents reveal that his sleeping disorder is not what it seems and may be putting them in harm's way. And when Zip begins to have unsettling dreams, she must decide if she can live with knowing the future in advance when she's afraid of what might happen.

*Recommended for Young Adult readers 13 and up (mild cursing, some adult situations)

In Your Dreams by Amy Martin
My rating: 4 of 5 stars

I'm acquainted with narcolepsy and I'm glad to see some of the symptoms being explained to a younger audience but I wish for two things. One, that the symptoms Kieran displayed were named (cataplexy) just because no one ever talks about it and, two, that Kieran's symptom onset was more 'normal' to help kids recognize the signs of a sleep disorder.

That being said, I liked the characters, especially Zip - she's a bit of a goody two-shoes in that she doesn't rebel like many teens but she's focused on basketball and strives for good grades so being the nice girl works for her. She doesn't have special powers or magical abilities - she's just a normal girl in small town America that a lot of readers can relate to.

The writing itself is good, but the plot drags a bit and would benefit from more conflict to keep up the pace. Ms. Martin spends a lot of time setting up characters and background so I expect her to do something with all of this building when future installments are released.