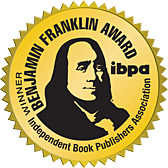 CHAPMANVILLE, W.Va. — A novel by a Mountain State book publisher has been nominated for a prestigious national award, the IBPA Ben Franklin Award.

The book, "The Devil's Son: Cap Hatfield and the End of the Hatfield and McCoy Feud," is published by Woodland Press of Chapmanville, and penned by Anne Black Gray, a Parkersburg native who now resides in Los Angeles, California. On May 14th, two weeks before the Hatfields & McCoys miniseries aired, Anne held the official book release of "The Devil's Son" and greeted the public at the Hatfield McCoy CVB in downtown Logan. A week after the HISTORY channel miniseries aired, the title became a national bestseller and charted in Amazon's Top 100.

The author has a distinct connection with Logan County and the Hatfields. In the 1920s, Anne's grandfather, Logan County Judge Robert Bland, was a close friend to Cap Hatfield, the second son of Anderson "Devil Anse" Hatfield. Cap often came to her grandfather's home on East Stratton Street, Logan, WV, to visit. He would oftentimes bring gifts for the children when he came—sometimes baby rabbits or baby ducks. All the children, including Anne's mother, called him "Uncle Cap." It wasn't until Anne was an adult that she came to realize that "Uncle Cap" was actually Cap Hatfield, arguably the most violent participant in the Hatfield and McCoy feud. This information eventually led Anne to research the life of Cap; and her book, "The Devil's Son," is the result of that study.
"We are extremely excited about this nomination, for it recognizes Anne's meticulous research and superb writing abilities and brings additional attention to our region of Southern West Virginia," said Woodland Press CEO Keith Davis. "We will be waiting anxiously for good news from the Independent Book Publishers Association in the spring."

The IBPA Benjamin Franklin Awards, which includes fifty-five categories recognizing excellence in both editorial and design, is regarded as one of the highest national honors in small and independent publishing. The award is administered by the Independent Book Publishers Association, with the help of more than 160 book publishing professionals coming from the library, bookstore, reviewer, designer, publicity and editorial industry segments. The IBPA Benjamin Franklin Awards program is unique in that entrants receive direct feedback from decision makers in the industry.

Awards are presented to the publishers during a gala awards ceremony on the last evening of the IBPA Publishing University, on May 29, 2013 at the Marriott Marquis Hotel, New York, NY.

For additional information about "The Devil's Son: Cap Hatfield and the End of the Hatfield and McCoy Feud" and the author, see www.woodlandpress.com. 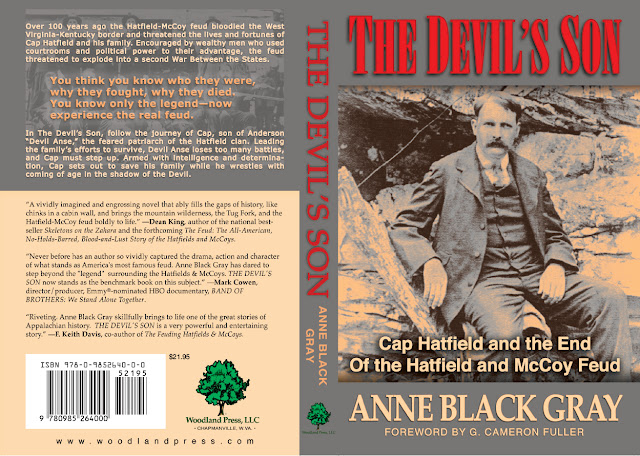