Fall in my backyard

I grabbed my camera when I took the dogs out. These are two of my favorite trees in the backyard.

One of these days, I'm going to get around to putting a simple wooden bench between them. 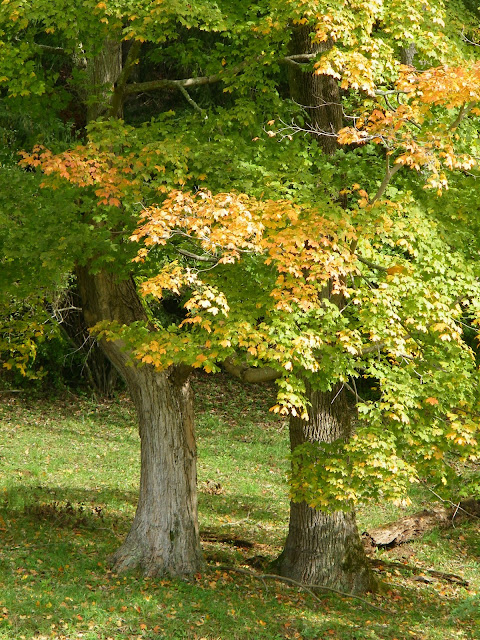 The two trees seen from a'far. 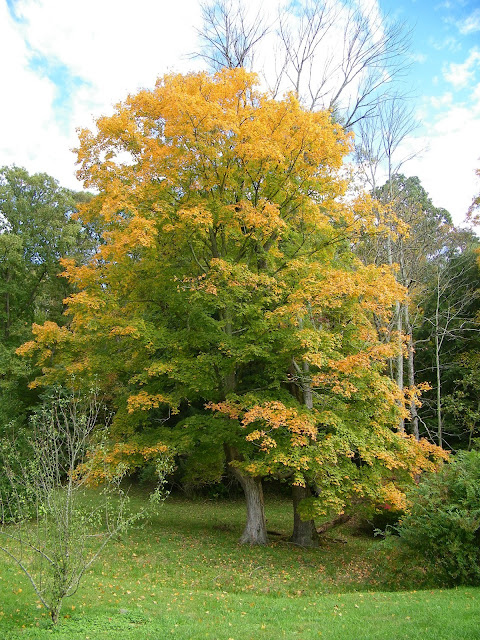 See the little tree in the left foreground? That's Wash, a Flowering Crab Apple tree named after the character Hoban "Wash" Washburne from Firefly and Serenity (who are you calling weird?).

I received Wash as a yearling from the Arbor Day Foundation. He's (I always refer to the tree in the masculine because of the character he's named after) now over six-feet tall and produced his first -and only- apple last year. It was eaten by a deer.

Remember the five sprouted fuji apple seeds that I collected last spring? These are the only two to survive the summer.