Blooding's The Hands of Tarot

Bewitching Book Tours sent me a free copy of this book to review. The Hands of the Tarot: The Queen of Wands is available for purchase from Amazon and Barnes and Noble. 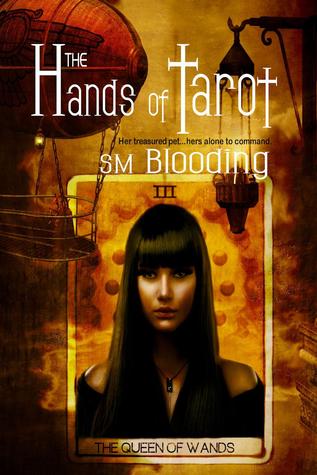 The Hands of Tarot: The Queen of Wands

Blurb:
She killed his father.

She imprisoned and beat him.

And now she thinks he’s her trophy.

Synn El’Asim will do almost anything to prove her wrong. But he’s only proving her right.

Queen Nix awakened his Mark of power and inducted him into the House of Wands. She knew what she was doing. The son of the two most powerful Families standing against her is the ultimate prize.

What she didn’t take into consideration was that maybe he was too strong for her.

But the Families aren’t. They’ve been weakened and it’ll take a lot more than one young man with a powerful Mark to take on the Hands of Tarot.

As soon as my eyes adjusted to the brightness, the air escaped from my lungs. Before us was carnage. There were two wooden pyres burned to smoking ruin with the charred remains of people on top of them. The air reeked with the smell of burned flesh. Several more pyres stood, two currently burning, three more untouched, all of them in a circle surrounding a large cage.
Filled with children.
Guards walked from one of the burning pyres and lit torches, walking to the neighboring one to set it ablaze.
The children inside whimpered. One screamed, her hand reaching through the bars. Most of them silently wept, watching as their loved ones succumbed to the smoke.
I couldn’t just stand by and watch this. I took a step forward, my hand going for my sword.
My father stopped me, his eyes troubled with sorrow.
Queen Nix turned to me and smiled. “Do you wish to declare war?”
“Let them go,” I commanded, my voice ragged. “What have they done to you?”
She stalked toward me, her nose nearly touching mine, all semblance of beauty twisted with rage. “They refused to submit to me.” 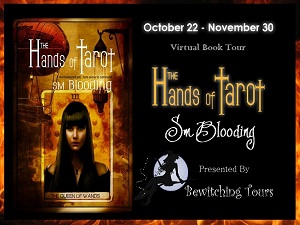 I stared at her aghast, my hands clenched, my jaw tight. “So because you couldn’t control them, you’re going to destroy them?”
The rage turned cold across her features as she drew away, her shoulders back.
“Are you so weak?” The muscles in my cheek twitched.
Father took a step toward us. “Perhaps we can reach a mutual agreement.”
Someone in the cage screamed, the scream turning to ravaged sobs.
I let out a growl. “You will stop this!”
The queen turned her eagle-eyed stare to me. “I do not take orders from a mere boy.”
“Queen Nix,” my father started, “let us be reasonable.”
She took a step back and assessed him.
“The Umira have never been a harmful Family.” My father’s hands were wide at his side, his expression open. “They have always lived in peace with the Hands.”
Her eyes flared and she advanced on him. “You’ve allied yourself with them.”
Father’s eyes widened as he took a half step back.
I watched in alarm, unsure of what to do. My father was the strongest man I ever knew.
The queen grabbed his coat and pulled his face close to hers. “The Umira have always been a peaceful Family, so imagine my surprise when they assaulted us with cannons and weapons.”
“They have the right to defend themselves, Nix.”
“Not against me.” She pushed him away and turned to her gathering guard. “Take him and his heathen son. Throw them on the pyre.”
My father drew his sword and faced the guard. “Go, Synn, now!”
Our men drew their weapons and stood by his side.
“I’m not leaving you, Father.” My sword was in my hand. I was ready to die an honorable death by my father’s side.
He backhanded me and roared, “You will protect our people, Synn El’Asim.”
I was torn. I wanted so badly to fight beside him, to protect him.
But my father had given me an order. One I could not ignore.
I turned and ran.

Thank you so much for having me on your site!! I love your blog! It looks really awesome! I apologize for not stopping by earlier! I didn't realize it was up! *face palm*

Thank you again! I really do appreciate all your hard work!!

You're welcome! Thank you for sending me a copy of the book to review.

Now get your butt back to writing. I want to know what happens to Synn! :-)