Went to a couple of greenhouses and grabbed some plants. 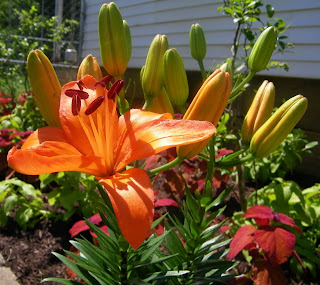 I bought a new tree, a purple leaf plum. I've named it Prunella. Picture quality sucks; I snagged this with my phone's camera, so. That's it in the background of the picture below; that's a honeysuckle blooming in the foreground (and it's responsible for some of my allergy problems). 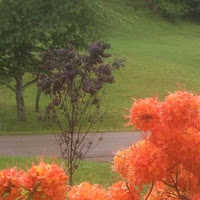 Added Coleus to the garden. 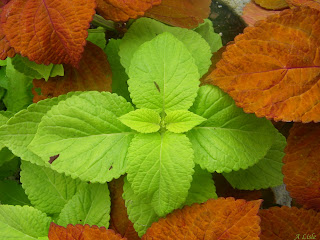 They went in a huge bed at the side of the house. 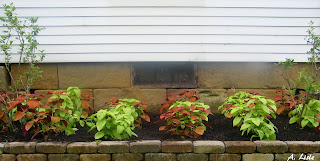 I snagged a couple Asiatic Lilies. This is a pretty one, a Tiny Padhye. I love it's colors! 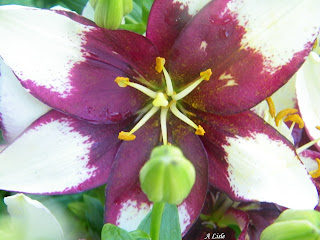 And I got a Tiny Dino. It matches the honeysuckles. 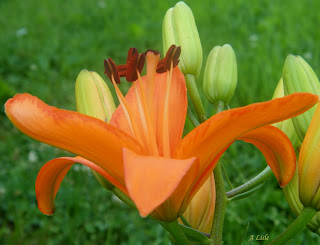 I found two new hollies when I planted the Coleus and I attempted to transplant them into containers. I don't think one will make it - it's my fault, I don't think I got the whole root. Right now, it's hanging on, so we'll see how to goes.

Posted by Angie Lisle at 2:48 PM Labels: My Garden